Who will run the Rotary International District 2232 Ukraine-Belarus for the next Rotary year? 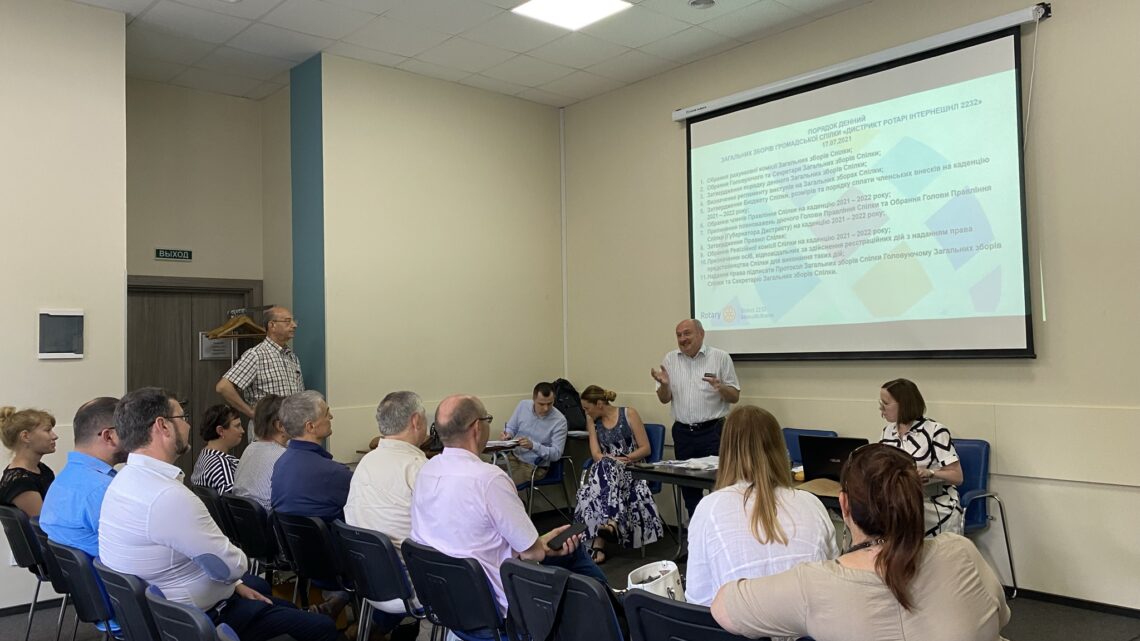 During the meeting, all issues on the agenda were discussed, the report of Governor Vira Syryamina, Chairman of the Budget Committee Oleksandr Hardin was heard, the budget was considered and membership fees for the next year were approved, and the Union Board was elected. Decisions were made unanimously and without comments. In conclusion, the secretariat of the union acquainted the participants with the Plan of activities and exercises of the District by the end of the year. Representatives of some clubs presented their main projects and invited to cooperate.

Another event of the meeting was the signing of a Memorandum of Cooperation and Support of the Ukrainian team “Warrior Games”. In 2021, Ukraine had the opportunity to join the Warriors Games, where 40 Ukrainian veterans will perform for the first time at the international multi-sport competition “Warrior Games” in the United States.