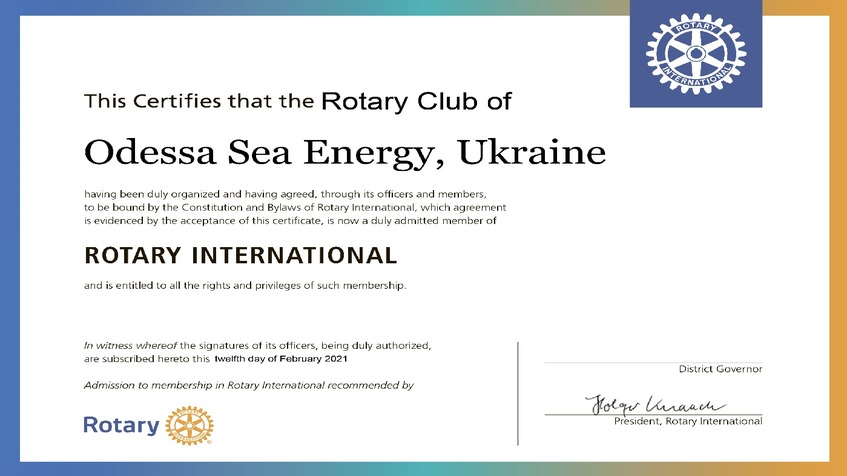 We are pleased to announce that on February 12, 2021, our Rotary Club “Odessa Sea Energy” (RC “Odessa Sea Energy”) was registered. It became the 61st club registered in District 2232. Leonid Ignatiev became the President of the Club.
Congratulations to all club members and Rotary friends on this event! Thank you for the coordinated and persistent work on the creation of the new Rotary Club to all involved, first of all, the Rotary Club “Kyiv-Capital” and the Governor of the District 2232 Vira Syryamina. Special thanks to Lyudmila Olkhovska and Khrystyna Famova.
The history of our Rotary Club began on March 10, 2020, when the Satellite Rotary Club “Kyiv-Capital – Odessa Sea Energy” was registered. Our club began its Rotary path thanks to the capital club “Kyiv-Capital”, the successor of the bright history of the second-largest capital club “Kyiv-Pechersk”, established in 1997.
There are many projects and good Rotary initiatives ahead! The official ceremony of awarding the Charter will take place later, which will be announced later.

One thought on “Dear friends!”