Congratulations to all on Rotary’s Birthday! 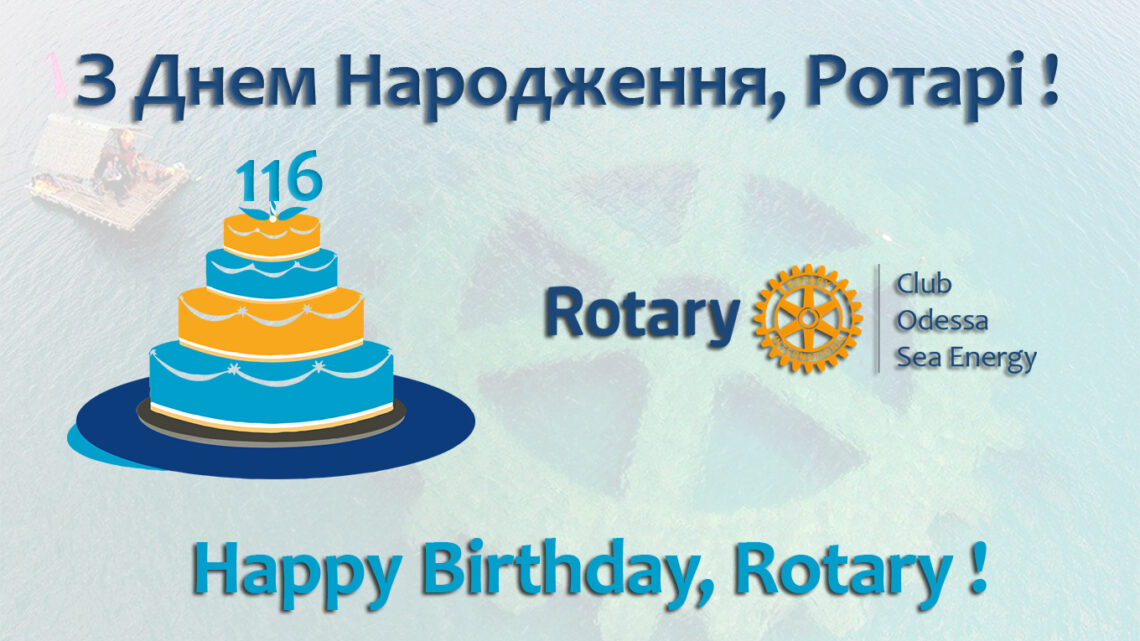 Congratulations to all on Rotary’s Birthday! On February 23, 2021, Rotary turns 116 years old. It is a unique international non-governmental organization that brings together people who want to bring about positive change in their lives, in their communities and around the world. Rotarians selflessly give part of their time, income, abilities and strength to other people, thus enriching themselves spiritually.

Extraordinary successes in the fight against polio, promoting water and sanitation in underdeveloped areas of the world, increasing access to health care, educational programs, projects aimed at growing the local economy – this and much more are the contribution of Rotary and Rotarians around the world to improve lives people in different parts of our planet.
Today, Rotarians are more than 1.2 million like-minded people from more than 35,000 Rotary clubs in more than 200 countries, united by the motto “Service Above Self.”

It all began on February 23, 1905 in Chicago brought together mining engineer Gustav Loer, tailor Hiram Shore, coal seller Sylvester Schille, and lawyer Paul Harris. The ideological inspiration for the first meeting of the future Rotary club (and later, all organizations) was Paul Harris, who wanted to bring together a group of professionals with different experiences and skills to exchange ideas and establish friendly relations. His idea was the desire to develop a spirit of friendship and solidarity in the business world of big cities.
New members of Rotary soon joined the four. The first Rotarians gathered alternately at the place of work of a member of the group – “in a circle”. It was this tradition that later inspired Rotarians to create the Rotary emblem in the form of a wheel as a symbol of rotation (originally the emblem was a wheel of a cart).

Over time, the desire for friendly and businesslike communication grew into the idea of serving the community and carrying out humanitarian actions. Rotary’s first projects were the purchase of a horse for a local priest and the installation of a public restroom near Chicago City Hall.
Rotary clubs soon appeared in other cities in the United States. In 1910, there were already 16 clubs. With their participation, the first Convention took place, during which Paul Harris was elected President.).

In 1911-1912, the first Rotary Clubs appeared outside the United States – in Dublin, Winnipeg and London. In 1912, the International Association of Rotary Clubs was founded, which in 1922 received the modern name Rotary International (Rotary International).
Since then, the Rotary movement has spread around the world and gained respect for its humanitarian actions. The motto “Service beyond the Self” has become the spiritual foundation for Rotarians around the world.
Rotary’s Areas of Focus
The good deeds of Rotarians are successful and long-lasting projects in six main areas of activity:
• Ensuring peace;
• Overcoming diseases;
• Clean water supply;
• Preservation of motherhood and childhood;
• Education support;
• Development of the local economy.
Rotary clubs create and propose projects that focus on these issues. The best of these projects receive assistance in the form of Global Grants from the Rotary Foundation.

One thought on “Congratulations to all on Rotary’s Birthday!”